What's on your mind?

Alex Rider was renewed for a second season some time ago. What book would you like to see adapted into the series?

It's been a few months now since the release of the Alex Rider series on Amazon. If you've watched it, what were your thoughts?

(If you haven't watched it yet, be careful with spoilers - as the show is still coming to the US.)

Hi everyone! As your Wiki Manager, I wanted to make sure I shared important information about an upcoming change happening across Fandom that will affect all its communities, this one included. Fandom is currently working on migrating all its wikis to a new Unified Community Platform (UCP for short). You can read more about this in this blog.

If you still have questions about what that all entails after reading the blog, don't hesitate to ask them here. I'll be happy to supply you with an answer or find one for you in case I don't know myself.

Wiki migrations had been on hold a while in order to give the engineering team more time to fix some issues regarding the editor and admin experience on UCP, but they now starting up again with a few improvements. Once you can see the banner notification on this wiki, it will mean it is set to happen very soon in this community.

After the migration, you can also use this post to leave any and all feedback you may have about UCP as well, so I can relay it back to Fandom. Or, if something happens to get broken during the migration, I’ll be here to help you fix it. I hope we can work together to make the transition go smoothly!

Like many, I have been looking for an Alex Rider Discord, but there doesn’t seem to be one. So I have made a discord server for those looking for it. Here’s the invite and it’ll take you right to it https://discord.gg/mJFsCAk

I’m new here so could you please leave the link so I can join?

I am writing a prologue to the Alex Rider series by creating a book called "The Adventures of Ian Rider“. Can people give me some Ideas for missions?

I just wanted to introduce myself. It doesn't look like this wiki is very active but anyway...

I have all the books up to Secret Weapon. I dont have Noghtshade. I've never even heard of it until now. What is it?

It took place in London, at first, but as the story progresses, the setting changes to a fictional place called Port Tallon, where Sayle Enterprises, the manufacturer of the Stormbreaker computers, is located.

When Alex’s uncle, Ian, is killed in a ‘car crash’, Alex decides to investigate. He soon finds out that his uncle was never a banker, but a spy working for the MI6, and did not die in a car crash, but was killed by a contract killer, Yassen Grogorovich. Then MI6 tells Alex that he was being trained by his uncle to be a spy, and is blackmailed by MI6 to go to Sayle Enterprises to find out more about the inventor of the Stormbreaker, Herod Sayle (Darrius Sayle in the 2006 film), who would be giving one free Stormbreaker to each schoolchild in England, as MI6 was suspicious about his generous action. When Sayle’s accomplice, Nadia Vole, finds out that Alex is a spy, she ties him up and Sayle tells him about his plan to have each Stormbreaker filled with viruses (I mean the viruses that kill you, not the computer ones) so that he could kill all the schoolchildren as revenge because he was bullied by the prime minister when they were young, and wanted the prime minister to pay for what he had done to him. After Sayle leaves to meet the prime minister for the launch of the Stormbreaker, Vole frees Alex, telling him that he was also another MI6 agent. Alex believes her, but she sent Alex falling into a trapdoor, landing into Sayle’s tank with his deadly Portuguese man o’ war. Alex destroys the tank, with the Acne Cream (not an acne cream, but a cream that dissolves metal) that Derek Smithers, the gadget inventor of MI6, invented. The tank collapses and the Portuguese man o’ war crashed onto Nadia Vole’s face, killing her. Then, Alex escapes onto a helicopter and parachutes down, destroying the fingerprint sensor that would activate the smallpox virus. However, Sayle escapes, and Alex chases him to the top floor of a building. However, Alex is cornered by Sayle, who has a pistol in his hand. Luckily, just as Sayle was about too shoot Alex, Yasses Gregorovich, the assassin who killed Alex’s uncle, arrives in a helicopter, and killed Sayle the same way he killed Ian.

The main characters in this book are Herod Sayle, Alex Rider, and MI6. I like Alex Rider, the protagonist the most, as he is brave and smart.

I feel that this book is very interesting, and I was engrossed the moment I started reading it, and I have finished reading all the other books in the series (1. Stormbreaker 2. Point Blanc 3. Skeleton Key 4. Eagle Strike 5. Scorpia 6. Ark Angel 7. Snakehead 8. Crocodile Tears 9. Scorpia Rising 10. Russian Rouette 11. Never Say Die 12. Nightshade)! If you want to read the whole Alex Rider adventure, make sure you buy the whole series!

Given the ending for Book 12: Nightshade, I feel it is more than likely that there's going to be a Book 13. The question is, when is it going to come out? Has Horowitz already started working on it? What is it going to be about? We know Nightshade is going to come after Alex, the real question is, is Alex finally going to get a real break before this happens. At least he's shown he's more of a willing participant for next time, o at least he's doing it less against his will now.

HERES THE LINK TO THE TRAILER!! :D 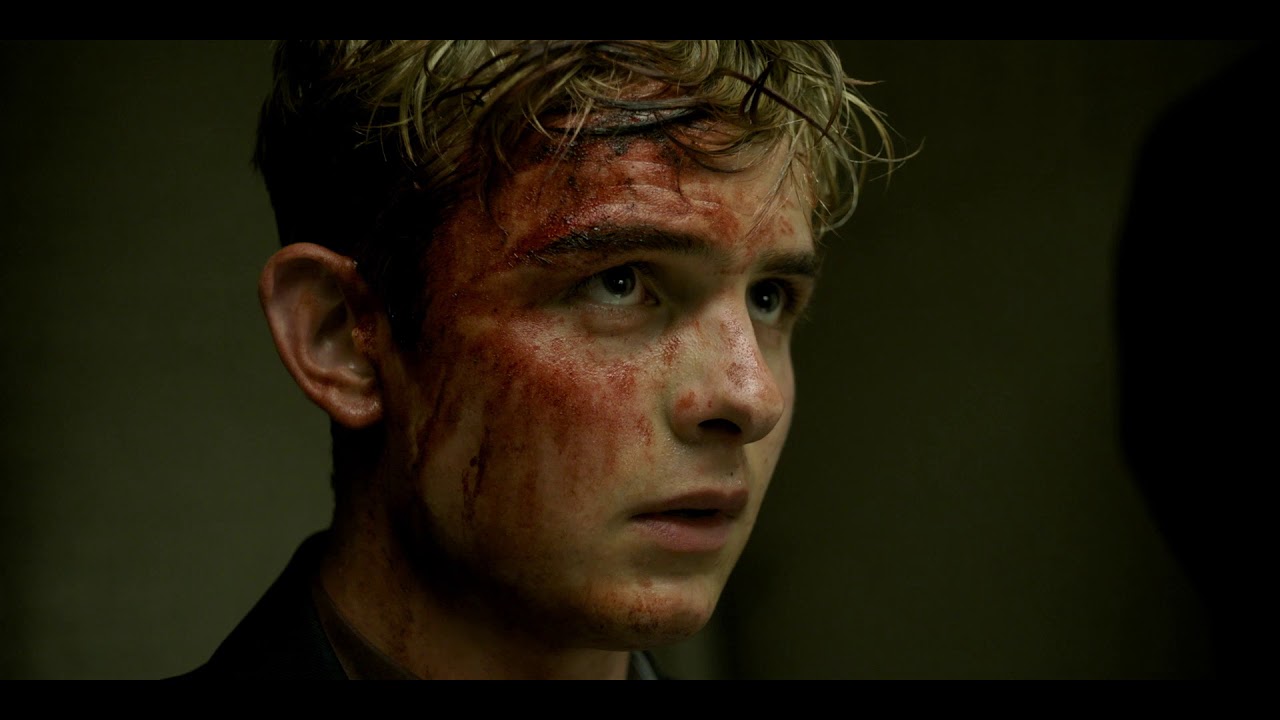 Hi, I'd just like to say I'm thinking of adopting this wiki, anyone object?

This is the place to talk about your favorite topic, to share news, theories, ideas, and to connect with others. The content from your Forum has been converted to Discussions posts, so nothing has been lost.

To learn more about what you can do here, check out community.wikia.com/wiki/Help:Discussions

If you're an admin on this community, read more about how you can customize your Discussions and set up guidelines for contributors: community.wikia.com/wiki/Help:Admin_and_Moderator_Tools_in_Discussions

As of 19:47, September 21, 2014 (UTC) I have disabled annon editing. That means that you now MUST have an account to edit here. This is a result of excessive vandalism to the wiki by them. 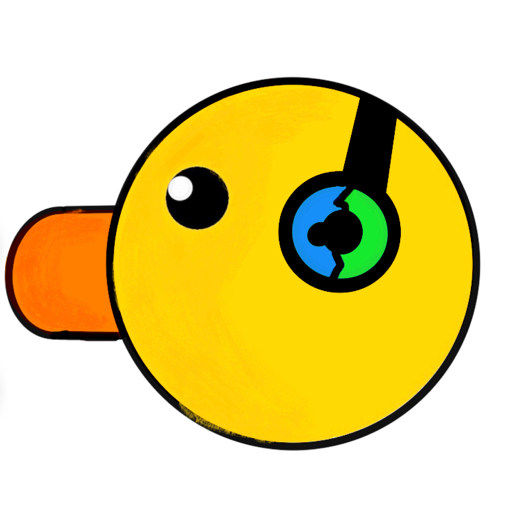 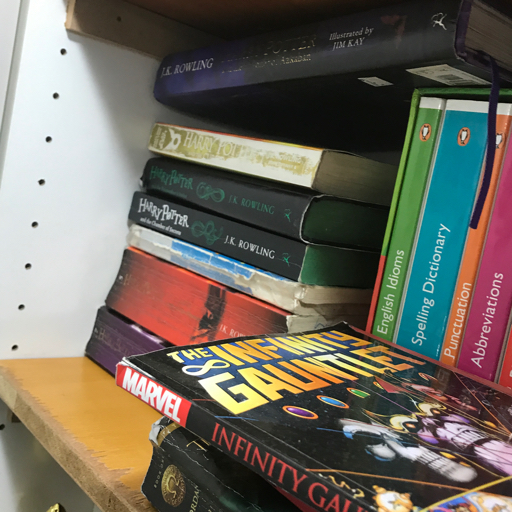