O'Connor went to Chatsmore Catholic High School in Goring, and attended The Theatre Workshop Stage School in Brighton. He started performing on stage at the age of six in the Hammond Pantomimes at the Pavilion Theatre in Worthing, and won a theatre scholarship while attending.

Brenock O'Connor plays Olly in the HBO fantasy television series Game of Thrones, a character introduced in the show, but does not make an appearance in the books published by George R. R. Martin. The character was introduced originally as a one episode character, to further the story between the Wildlings and the Night's Watch at Castle Black, but was later kept on the show to provide more backstory surrounding the deaths of Ygritte and Jon Snow in the fourth and fifth seasons, respectively.

Following his character Olly's betrayal and murder of Jon Snow in the fifth-season episode "Mother's Mercy", O'Connor stated that he received many negative messages from fans of the show, with O'Connor responding in an interview, "I'm so, so sorry if any of you were offended, but it was in the script. What could I do?" In the same interview he also stated that he has received other messages from people who understand that the show is "not reality," and praised his performance in the role. In a subsequent interview, O'Connor stated he was content with the controversial reaction to his character, noting "It's very rare for my character to get noticed really, so I was quite happy with the reaction that I got. When you do something bad, you want a bad reaction for it." Olly made his last appearance in the sixth-season episode "Oathbreaker", when he was hanged by a resurrected Jon Snow.

O'Connor has also appeared in several other roles, including Peter Cratchit in the BBC One series Dickensian, which premiered in December 2015. He will also star in the British children's adventure film Young Hunters: The Beast of Bevendean. He's appeared in a pop video with Noah and the Whale as well as several television commercials for Haribo, and as a lead character part in one episode of Holby City.

On stage O'Connor has performed in front of audiences on the tour of Cameron Mackintosh's Oliver!, playing the part of The Artful Dodger alongside Iain Fletcher, Neil Morrissey and Samantha Barks.

In addition to acting, O'Connor is a singer and guitarist, and has posted several cover songs on YouTube.

In 2019, O'Conner was cast for the part of Conor Lawlor in the musical adaptation of "Sing Street" based on the 2016 movie by John Carney, who also directed Once and was adapted for the stage as a musical as well. The "Sing Street (musical)" adaptation was originally presented at New York Theatre Workshop in December 2019. It is scheduled to premiere on Broadway at the Lyceum Theatre in 2020 with an Original Cast Recording already released. 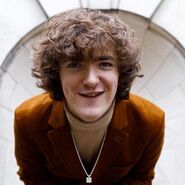 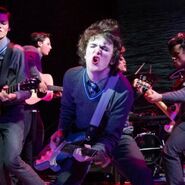