Eagle Strike is the fourth book in the Alex Rider series by British author Anthony Horowitz.

Reluctant MI6 agent Alex Rider is relaxing in the south of France until a sudden, ruthless attack on his hosts plunges him back into a world of violence and mystery - and this time, MI6 don't want to know. Alex is determined to track down his friends' attackers, even if he must do it alone. But it's a path that leads to a long-buried secret - and a discovery more terrible than anything he could have imagined.

Fifteen years before the main series, two agents are sent to assassinate a drug lord. As one of them sets up his sniper rifle, the second alerts his partner to the presence of a black widow spider on his neck. In a dilemma as to what to do, the sniper lines up his shot just as the drug lord tries to board a helicopter and fires, killing both the spider and his target.

Returning to the present day, after the previous story, Alex Rider runs into the assassin Yassen Gregorovich (who killed Alex's uncle previously) while on holiday in the South of France with his friend Sabina Pleasure. When the Pleasures' holiday home explodes in a supposed gas leak, injuring Sabina's father in the process, Alex suspects Yassen is involved and sneaks onto his yacht. He comes incredibly close to shooting Yassen, but Yassen outthinks him, captures him and enters him in a bullfight as a penalty. After escaping, Alex calls a number he found on Yassen's mobile phone and hears pop star Damian Cray's voice.

Back in London, Alex tries to research Cray but does not find anything unbecoming on him; he finds material on his music career, and current business and philanthropy careers. He tries to tell Sabina about his double life as a spy, but she does not believe him when he brings her to the Royal and General, where all the staff there deny that MI6 was ever based there. Sabina leaves Alex, refusing to speak with him again.

After Sabina leaves, Mrs Jones bring Alex inside, explaining that he would have compromised the service if they had exposed themselves to Sabina. He then tries to explain his suspicions about Cray once again, but Alan Blunt refuses to follow up on it on the basis that he believes it would be politically wrong if the press ever found out that MI6 were investigating Cray.

Frustrated, Alex then confides his suspicions in Jack Starbright. She discovers that Cray is unveiling a new games console, called the Gameslayer; it is stated to be the most powerful and advanced gaming system in the world, more so than the competition, hence its name. After noticing that the Gameslayer manufacturer (Cray Software Technology) bears the same initials as the terrorists who allegedly attacked him and the Pleasures when they were in France (Carmaux Sans Touristes), Alex and Jack resolve to investigate, but not before receiving a heavily-modified bicycle from Smithers. Together, they go to the Pleasure Dome, an attraction erected just for the Gameslayer demonstration, and see Cray talking about his game system and the flagship game, Feathered Serpent, a science fiction game that portrays the Aztec pantheon as aliens. Cray displays his arrogance when questioned by a female journalist, who is confused about why the Gameslayer games are violent, when Cray himself is an avowed pacifist. Cray explains that the games, regardless of violent content, will keep its players away from committing real violence.

Alex is then put forward to play Feathered Serpent, against his will, and comes face to face with Cray. He then discovers the powerful graphics of Gameslayer for himself; his character is himself, digitally rendered into the game. He does surprisingly well at the demonstration, but Cray makes him lose on the final level. This increases Alex's suspicions of the man (hatred of losing and arrogance), which only sharpen when the journalist who questioned Cray about video game violence is killed in a hit and run.

Going to France with Jack, Alex meets a photographer named Marc Antonio in Paris; he reveals that Sabina's father was investigating Cray, before he is killed shortly afterwards by a death squad. Alex then sneaks into Cray Industries' headquarters in Amsterdam, where he hears Yassen and Cray discussing a flash drive. At this point, Charlie Roper, a third man, and Cray start arguing about the deal they had. Roper is then trapped in a room, and two million dollars worth of nickels (owed to him by Cray as part of their deal) is poured on top of him, both paying and killing him.

Cray catches Alex as he tries to sneak away and puts him in a real-life version of Feathered Serpent, a new video game developed by Cray Software Technology. Having played the actual game itself earlier, Alex escapes after breaking the rules (burning a robot dragon, climbing over an acidic river, disabling a security camera, stealing a broken spear, killing a tortured boa constrictor, and faking his death in the exit-less final level) and steals Cray's flash drive. A pursuit breaks out between Alex and Cray's men, cutting across the streets of Amsterdam, which Alex barely survives, thanks to his bicycle. In response to Alex stealing the flash drive, Cray captures Sabina from the hospital where her father is, and holds her as a hostage.

Cray then communicates with Alex, via a new webcam and television installed at his and Jack's house, to reveal that Alex will give him the flash drive; if he refuses, or if Cray has any suspicion that he is being followed, he will kill Sabina, then hunt down and kill everybody that Alex knows, before finally killing Alex himself. With no alternative, Alex goes to Cray's deconsecrated convent home and appears to surrender himself. However, he attempts to force Cray to release Sabina and let them know that she is safe (threatening to fill the flash drive with superglue and ruining it, a plan he intends to carry out even if Sabina goes free), but Cray outmaneuvers him and forces Alex to hand over the flash drive. Both Alex and Sabina are thrown into a jail cell, where Sabina apologizes to Alex for not believing him.

Over afternoon tea in the garden, Cray reveals his plan, code-named "Eagle Strike": he will board Air Force One and use its missile room to launch twenty-five nuclear missiles at major drug-running countries to eradicate the drug trade, while killing millions of innocent civilians. He explains that the late Charlie Roper, a former officer at the National Security Agency in America, had helped create the flash drive, which contains the so-called gold codes needed by the President to initiate a missile launch. Sabina and Alex are locked in a cellar together; Sabina then explains that when she first saw Cray when he kidnapped her, she knew Alex was right the whole time and should have believed him, Alex admits he had the stupid mistake of going after Cray which led to Sabina's capture, and the two reconcile. Yassen comes in and tells the two to put on biochemical warfare suits. After creating a diversion using an exploding plane full of fake nerve gas (that Alex saw being tested in Amsterdam), he, Yassen, Alex, and Sabina sneak aboard Air Force One at Heathrow International Airport. Cray plugs in the flash drive and activates the missiles, using a glove containing the President's fingerprints that he had recently made. He then orders Yassen to kill Alex and Sabina; when Yassen refuses, Cray shoots Yassen and then Alex.

Sabina flies into a rage and attacks Cray. Before Cray can kill her, Alex, saved by a bulletproof cycling jersey (given to him by Smithers), confronts Cray. After an intense fight that progresses across the entire plane, Sabina and Alex manage to push Cray out of the plane. He is sucked into the jet engine and vaporised, along with a metallic trolley. The ingestion of the latter destroys the engine, causing the plane to lose control. Cray's pilot Henryk attempts to abort the takeoff, but, as the plane has already reached V1 speed, he cannot do so safely and crashes the plane off the runway, breaking his neck in the process. Alex and Sabina survive the crash, with the latter pressing a self-destruct button to destroy the missiles.

As Yassen lays dying, he tells Alex that John Rider, Alex's father, worked with him as an assassin, explaining that he got the scar on his neck during one of the missions he was on (as explained the first chapter of the book). Yassen continues to explain, saying that if he does not believe him, he has to go to Venice and find something called "Scorpia". Alex is stunned at this revelation. Sabina finds him and Yassen dies. At the end of the novel, Sabina tells Alex that she will be moving to San Francisco, breaking his heart. 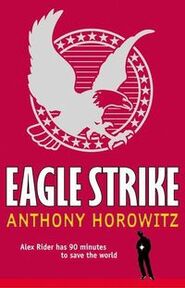 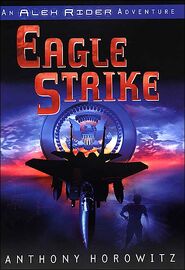 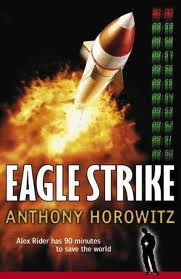 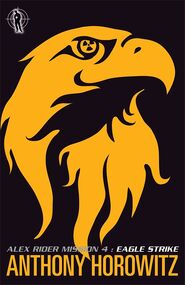 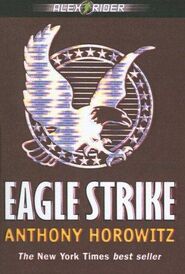