Start a Wiki
Welcome to the Alex Rider Wiki 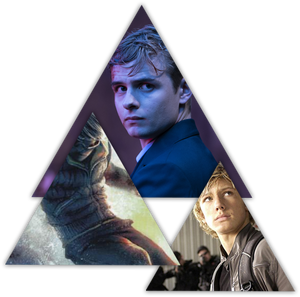 The main book series contains a total of thirteen novels, beginning with Stormbreaker, which was published in September 2000. The most recent novel in the series is 2020's Nightshade. A film adaptation of the first novel, also called Stormbreaker, became available in 2006, directed by Geoffrey Sax, and starring Alex Pettyfer as Alex Rider.

An Alex Rider television series premiered on Amazon Prime Video in the United Kingdom on 4 June 2020. In the United States, IMDb TV will broadcast the series, starting on November 13. It has been renewed for a second season.

Alex Rider Wiki is a collaborative community where we aim to keep track of everything relating to the Alex Rider books and extended material. We currently have a total of 288 pages.

The wiki format allows anyone to create or edit any article, so we can all work together to create a comprehensive database. You are welcome to sign up for an account to start editing with us!
Social Media

Retrieved from "https://alexrider.fandom.com/wiki/Main_Page?oldid=18729"
Community content is available under CC-BY-SA unless otherwise noted.