This article is a stub. You can help the Alex Rider Wiki by expanding it.

Mark Kellner was the Prime Minister's Communications Director at Downing Street; otherwise known as a spin doctor. He was especially cold at the death's of the English reserves team, which Scorpia used as a test for Invisible Sword. He regularly clashed with Sir Graham Adair, the Permanent Secretary to the Cabinet Office his rival.

Kellner was put in charge of the finding of the Scorpia satellite dishes in London, but the narrow avoidment of the crisis was put down to Alex Rider. Keller was forced to resign after the incident,as he had lost face by taking the wrong decisions,and forcing Alex Rider to do the stunt with the hot-air balloon 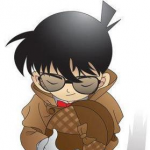