Ronkẹ Adékoluẹjo is an English actress of Nigerian ancestry, from London, England. Adékoluẹjo studied acting for three years from 2010 at the Royal Academy of Dramatic Art (RADA), in London, graduating in 2013 with a Bachelor of Arts Degree in Acting (H Level).

Adékoluẹjo crafted her acting skills on the theatre stage, in productions like Pride and Prejudice, at the Sheffield Crucible (2015), The Mountain Top at the Young Vic (2016), Twelfth Night at the Filter Theatre in Hammersmith (2016).

From 2014, Adékoluẹjo had some single episode appearances in TV series until starring in Doctor Who (series 10), when she played Penny in both Extremis and The Pyramid at the End of the World alongside Peter Capaldi (the Twelfth Doctor) and his companions Pearl Mackie.  Adékoluẹjo starred as Demi-Lea Sadler in the 'Nadia Cavelle' short film Lascivious Grace which premiered at the Underwire Film festival 2017 and was an official film selection for the Bermuda International Film Festival 2018.

In 2018, Ronke starred in the Tinge Krishnan directed Netflix musical Been So Long playing the character of Yvonne, best friend of Simone, played by lead actress Michaela Coel. The film was shown at the 2018 BFI London Film Festival. 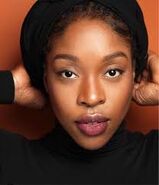