"The Gentleman" is an unnamed assassin appearing briefly in Point Blanc.

His name, "The Gentleman," is derived from the flowers this man sends to the families of his victims. No backstory or facts about him are provided in the series other than him being an assassin for hire in his mid-thirties.

In the prologue of Point Blanc he assassinates Michael Roscoe on the orders of Dr. Hugo Grief, after Roscoe had become suspicious of his son Paul's unusual behaviour (See Point Blanc). The Gentleman posed as an engineer by the name of Sam Green (the real Sam Green was murdered by him), and made a fake hologram of an elevator floor inside an empty elevator shaft, causing Roscoe to plummet to his death. He then anonymously sent a bouquet of black tulips to Roscoe's family.

The Gentleman is also mentioned in Crocodile Tears, when Desmond McCain explained that he hired the assassin to murder a plastic surgeon who did a botched job on McCain's jaw after his boxing injury. He also killed the boxer who ruined McCain's boxing career, Buddy Sangster, by pushing him under a train in New York.

The Gentleman displays a keenly analytical and calculating personality. He is vastly intelligent, sadistic, murderous and an excellent assassin. As well as being very ruthless, he has no emotional connection or qualms about the people he kills but has an affinity for sending flowers to the families of his victims, showing very slight emotional intelligence. He is very cunning and extremely smart, displaying a surprisingly vast memory. 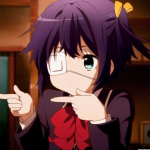