Thomas was born in Copenhagen, Denmark and is married to Danish actress Laura Christensen and they have 2 children.

Thomas studied acting with Mr. David Gideon and at The William Esper Studio in NYC and has appeared in numerous stage productions, in films and TV since 1998. He played the journalist and anchorman "Ulrik Mørch" in all 3 seasons of the international hit TV-series Borgen (2010-2013). As a writer Thomas won the Danish "Reumert Prize" (The Danish Olivier) for "Best Playwright" with the divorce-comedy "Peter And The Moose" in 2012. The short film "Walter & Alma" from 2017 was Thomas' debut as a director, starring fellow Dane, "Kim Bodnia". Thomas played the lead role as the police investigator "Tom Noack" in the Danish Noir Drama Norskov I and II", which have been shown internationally. He was nominated for a Robert (The Danish Film Academy) for his role in Norskov. Thomas had a role in the hit series "Strike Back" (2019) and played a Mossad agent in the 2018 Scandi TV Thriller, "Sthlm Requiem", based on the books by Kristina Ohlsson. In 2020 the new "Alex Rider" TV series premiered on Amazon Prime, where Thomas plays the iconic character Yassen Gregorovitch. He is next shooting the upcoming Irish series "Smother" for RTÉ and BBC Studios. 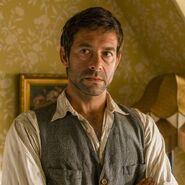 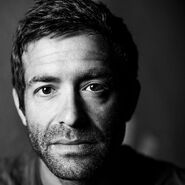 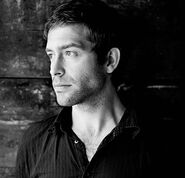